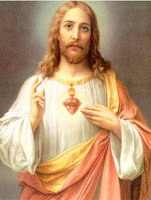 According to the News Leader, The Catholic Church and Washington D.C. are at odds over a new law that would legally recognize gay marriage in the District. The Archdiocese, which operates and serves through charity about 68,000 people, say they would have to pull out of the District unless a provision is made in the law for religious exemption.
Virginia Gov. Tim Kaine, a Catholic and Chairman of the Democratic National Committee, says he doesn't agree with the church's decision. The church counters that it can't in good faith place a child in foster care with a same sex couple. This is only one example of the conflict.
I would like to know why Gov. Kaine felt it necessary to interject himself in District business. I congratulate the Catholic Church on offering an Olive branch in the form of accepting a provision for religious exemption, now the only question is will the District meet them at this halfway point. If not it could spell disaster for many thousands of poor and homeless residents in the District.
Posted by Augusta Conservative at 8:48 AM