I Called my Elected Representatives, Have You?

Today I exercised my freedom to speak, I exercised my freedom to make a difference, however small with those who represent me in government. I called Congressman Goodlatte, I called Senator Jim Webb, and I called Senator Mark Warner from the great Commonwealth of Virginia. I told them the same thing that I have been saying to those who read this blog, that I don't want legislation passed that takes away my rights, that hurts our economy, and most of all that takes away my freedoms. I told them that I did not want Cap and Trade passed, I told them that I did not want Universal Health Care passed, and then I asked them a question.

My questions was, "If these things pass, how will we pay for them?"

No one could answer my question.

In the time of the World Wide Web, Super computers, and Space travel, why don't we have a clear plan in front of the American People about how we will pay for such federal programs on scales such as to indebt future untold generations of Americans? I don't think we can afford to be irresponcible any more.
Posted by Augusta Conservative at 4:06 PM No comments: 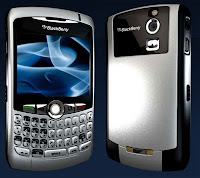 The Augusta County Government center issued a request for sealed proposals for new cell phones and services for government employees.

Currently the County of Augusta employees 400 full time and part time employees, they have 250 active cell phones, and the county employees’ average 50,250 minutes of total wireless usage per month. The proposal request asks for a replacement of these phones with new ones that have GPS, internet access, access to email, Bluetooth, must come with a belt clip, and other options for Blackberry phones.

Specifications are requested to be tailored to the Blackberry 8300 Series or higher, pictured above. Where are we getting the money for this?

Proposals are due by July 9th, with a vote of approval by the Augusta County Board of Supervisors on July 22nd, and finalization on August 1st.
Posted by Augusta Conservative at 11:09 AM No comments:

A New Bill from the U.S. Mint

Recently, we have heard how Universal Health Care will cost about 1 trillion dollars. To commemorate this new level of government spending and to further save trees look at the new Bill that is set to be made by the United States Treasury.

Second, Lets look at what $1 Million dollars looks like. Okay we can handle that. 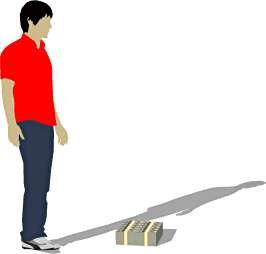 Now look at what $100 Million Dollars looks like, a nice neat stack on a pallet. Most of us have never seen this much money. 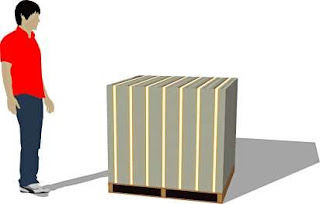 And now, $1 Trillion dollars, notice that the pallets of $100 Millions are double stacked. Try to find the man in the red shirt, trust me he is there. Imagine how many trees will be cut down as a result of spending this kind of money.

So, to save on paper we have a new bill, the $1 Trillion dollar bill. God help us. 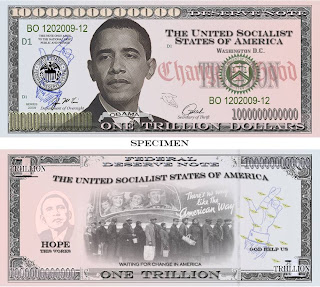 “A wise and frugal government, which shall leave men free to regulate their own pursuits of industry and improvement, and shall not take from the mouth of labor the bread it has earned - this is the sum of good government.”
– Thomas Jefferson
Posted by Augusta Conservative at 10:47 AM No comments: 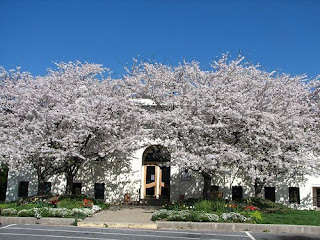 The Board of Supervisors just got finished last month proclaming that the rescue squads in Augusta county need more revenue and that the only way to get that revenue was to start charging residents for their ambulance ride. Now, one month later, we appear to have $2.1 million dollars laying around to renovate a perfectly good library. What?

The $2.1 million dollars is not the only money that was spent that night, the grand sum total for the evening was $2,618,810.oo in new spending. When will it STOP, where is the fiscal responsibility?
Posted by Augusta Conservative at 2:43 PM No comments: 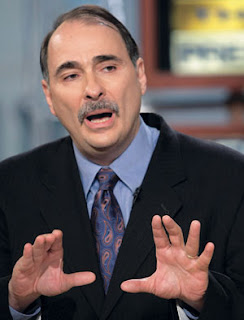 Just in case people don't remember the promise made by Senator Obama, when campaigning for president, he said, "any form of tax increase, not your income tax, not your payroll tax, not your capital gains taxes, not any of your taxes."

Please read other posts on this blog that help to shed light on the truth behind any kind of Universal Health Care system.
Posted by Augusta Conservative at 2:23 PM No comments:

The Augusta Marketplace: A New Development in Beverley Manor 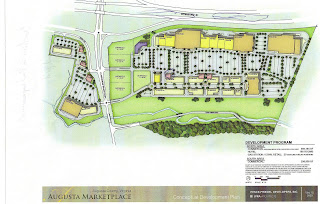 The Augusta County Board of Supervisors unanimously passed the rezoning of 135 acres of county land at the I-81 and Woodrow Wilson Parkway highway interchange. The developer, Northern Virginia firm of Pence Friedel, presented a plan to build a three phase commercial and business marketplace. It would include three “Big Box” stores, a movie theater, several independent restaurants, and a 180-room hotel. The construction of the Augusta Marketplace would be the biggest commercial development in the history of Augusta County, according to The News Virginian.
The Board held a public hearing for local citizens to voice their opinions. Concerns were raised about traffic congestion, noise and light pollution, and disruption and or damage to the nearby Lewis Creek. The developer answered questions about the traffic congestion and gave a detailed presentation on how those issues would be corrected. The developer also explained that the lighting will be tight on the site and not spill over to the surrounding area. The Pence Firm also stated that they have complied with all the environmental zoning ordinances in terms of Lewis Creek and had even set development further back than the ordinance dictates. Other citizens had various other concerns including a need for bike trails and walking paths.
One local resident and local physician said that while jobs are all well and good we need more stable jobs than retail and commercial sales, which are not doing well in the present economy. He stated that we have a mall in Staunton that is pretty empty, almost a ghost town. He asked why this area could not be used instead. He stated that he would hate to see another farm in the county lost.
Beverley Manor Supervisor Jeremy Shifflett countered in his remarks that the site was designated for commercial development, according to the Comprehensive Plan adopted by the Board in 2007. Shifflett also stated that the development would bring about 5,000 new jobs to the area and about 2 million new dollars in tax revenue. He said, if you live and work here, you should be able to spend your money here.
With the passage of the rezoning, construction is planned to begin in 2011, with the first phase scheduled to open for business late 2011 or the beginning of 2012.
Posted by Augusta Conservative at 5:09 PM No comments: