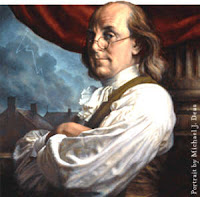 Michael Connelly, a retired attorney and Constitutional Law Instructor from , has read the entire proposed healthcare bill. Read his conclusions and pass this on as you wish. This is stunning!

Well, I have done it! I have read the entire text of proposed House Bill 3200: The Affordable Health Care Choices Act of 2009. I studied it with particular emphasis from my area of expertise, constitutional law. I was frankly concerned that parts of the proposed law that were being discussed might be unconstitutional. What I found was far worse than what I had heard or expected.

To begin with, much of what has been said about the law and its implications is in fact true, despite what the Democrats and the media are saying. The law does provide for rationing of health care, particularly where senior citizens and other classes of citizens are involved, free health care for illegal immigrants, free abortion services, and probably forced participation in abortions by members of the medical profession.

The Bill will also eventually force private insurance companies out of business, and put everyone into a government run system. All decisions about personal health care will ultimately be made by federal bureaucrats, and most of them will not be health care professionals. Hospital admissions, payments to physicians, and allocations of necessary medical devices will be strictly controlled by the government.

However, as scary as all of that is, it just scratches the surface. In fact, I have concluded that this legislation really has no intention of providing affordable health care choices. Instead it is a convenient cover for the most massive transfer of power to the Executive Branch of government that has ever occurred, or even been contemplated If this law or a similar one is adopted, major portions of the Constitution of the United States will effectively have been destroyed.

The first thing to go will be the masterfully crafted balance of power between the Executive, Legislative, and Judicial branches of the Government. The Congress will be transferring to the Obama Administration authority in a number of different areas over the lives of the American people, and the businesses they own.

The irony is that the Congress doesn't have any authority to legislate in most of those areas to begin with! I defy anyone to read the text of the Constitution and find any authority granted to the members of Congress to regulate health care.

This legislation also provides for access, by the appointees of the Obama administration, of all of your personal healthcare information, your personal financial information, and the information of your employer, physician, and hospital, all of which are direct violations of the specific provisions of the 4th Amendment to the Constitution. All of this is a protection against unreasonable searches and seizures. You can also forget about the right to privacy. That will have been legislated into oblivion regardless of what the 3rd and 4th Amendments may provide...

If you decide not to have healthcare insurance, or if you have private insurance that is not deemed acceptable to the Health Choices Administrator appointed by Obama, there will be a tax imposed on you. It is called a tax instead of a fine because of the intent to avoid application of the due process clause of the 5th Amendment. However, that doesn't work because since there is nothing in the law that allows you to contest or appeal the imposition of the tax, it is definitely depriving someone of property without the due process of law.

So, there are three of those pesky amendments that the far left hate so much, out of the original ten in the Bill of Rights, that are effectively nullified by this law It doesn't stop there though.

The 9th Amendment provides: The enumeration in the Constitution, of certain rights, shall not be construed to deny or disparage others retained by the people;

The 10th Amendment states: The powers not delegated to the by the Constitution, nor prohibited by it to the States, are preserved to the States respectively, or to the people. Under the provisions of this piece of Congressional handiwork neither the people nor the states are going to have any rights or powers at all in many areas that once were theirs to control.

I could write many more pages about this legislation, but I think you get the idea.

This is not about health care; it is about seizing power and limiting rights... Article 6 of the Constitution requires the members of both houses of Congress to "be bound by oath or affirmation to support the Constitution." If I was a member of Congress I would not be able to vote for this legislation or anything like it, without feeling I was violating that sacred oath or affirmation. If I voted for it anyway, I would hope the American people would hold me accountable.

For those who might doubt the nature of this threat, I suggest they consult the source, the Constitution, and Bill of Rights. There you can see exactly what we are about to have taken from us.

“If the PPACA goes unchallenged, then it spells the end of freedom in medicine as we know it,” observed Jane Orient, M.D., the Executive Director of AAPS. “Courts should not allow this massive intrusion into the practice of medicine and the rights of patients.”

“There will be a dire shortage of physicians if the PPACA becomes effective and is not overturned by the courts.”

The PPACA requires most Americans to buy government-approved insurance starting in 2014, or face stiff penalties. Insurance company executives will be enriched by this requirement, but it violates the Fifth Amendment protection against the government forcing one person to pay cash to another. AAPS is the first to assert this important constitutional claim.

The PPACA also violates the Tenth Amendment, the Commerce Clause, and the provisions authorizing taxation. The Taxing and Spending power cannot be invoked, as the premiums go to private insurance companies. The traditional sovereignty of the States over the practice of medicine is destroyed by the PPACA.

AAPS notes that in scoring the proposal the Congressional Budget Office (CBO) was bound by assumptions imposed by Congress, including the ability to “save” $500 billion in Medicare, and to redirect $50 billion from Social Security. HHS Secretary Sebelius stated that PPACA would reduce the federal deficit, knowing the opposite to be true if these assumptions are unrealistic.

Congress recognized that PPACA cannot be funded without the insurance mandates, and will become unenforceable without them.

Court action is necessary “to preserve individual liberty” and “to prevent PPACA from bankrupting the United States generally and Medicare and Social Security specifically,” AAPS stated.

AAPS is a voice for patient and physician independence since 1943. The complaint and more information about the suit are posted on their site.

Posted by KaraffaRN at 11:53 AM No comments: 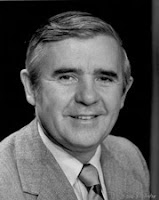 The Health Care Reform bill signed into law by President Obama sets a dangerous precedent for our country and the federal government’s ability to impact our personal lives. The laws of this country will soon require those who don’t have health insurance, or what Congress doesn’t approve as adequate health insurance, to obtain it or pay a ridiculous fine. This bill opens a Pandora’s Box on our freedom for personal decision. The very idea of paying a fine for not purchasing a product or service is ludicrous.

Next, Congressional Democrats plan to pass a Cap and Trade bill that will impact our ability to heat our homes, in the name of saving our planet. What’s next? Identity Theft is becoming an epidemic in this country, is it then the duty of our Congress to mandate us to purchase Identity Theft Protection? How about Life Insurance, the cost of a funeral is sky rocketing and more people are dying with unpaid debt than ever before. How about Short Term Disability Insurance, Long Term Disability Insurance, we could go on and on. The fact of the matter is these decisions should be our own to make.

The Constitution of the United States was written to safe guard the Natural Rights of the People and guarantee our free will, whether to our detriment or not. Congress has, over time, eroded our ability to make our own decisions. Are we, as a citizenry, ready for what liberties are eroded by the precedent set by this mandate? Are we going to really allow Congress and the federal government to continue to erode our liberties so quickly? Senator Paul Laxalt once said, “Every time Congress meets, we lose a little more of our liberty.”

Posted by KaraffaRN at 1:30 PM No comments:

Del. Matt Lohr to Leave Office in May! 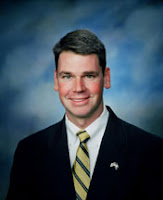 The Daily News Record is reporting that Del. Matt Lohr (R-Harrisonburg) will be leaving office to take up the post of Virginia Department of Agriculture and Consumer Services on May 1st. Harrisonburg has a special election on their hands now. Congratulations, Mr. Lohr. Here is to Harrisonburg electing a Conservative.
Posted by Augusta Conservative at 10:45 PM 1 comment: