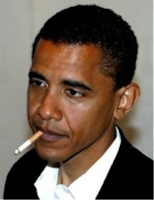 The United States Senate version of the new Health Care bill would fine Americans $1,000 dollars or more if they don't have health insurance coverage. This according to the Associated Press. The Congressional Budget Office predicts that the fines will generate about $36 billion in new revenue over 10 years. The Obama Administration has also said that it is happy with this version of the bill.

Basically, the federal government is giving you two choices, either pony up for a federal insurance plan or pony up a hefty fine. Either way you end up paying. It is humiliating that the U.S. Senate and President Obama are comfortable charging people a fine when they can't afford health insurance. Lets take into consideration a poor American who can't afford private health insurance and can't afford the government option health care plan either. Instead of that person being able to keep his money, he will have to pay it in a fine to the federal government. How does that help?
Posted by Augusta Conservative at 5:49 PM