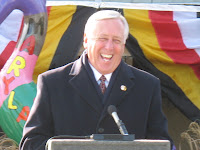 U.S. Congressman and House Majority Leader Steny Hoyer, a Democrat from Maryland, said Tuesday, July 7th “If every member pledged to not vote for it if they hadn't read it in its entirety, I think we would have very few votes.” He actually laughed and said, “I'm laughing because a)I don't know how long this bill is going to be, but it's going to be a very long bill.”
Colin Hanna, president of Let Freedom Ring, has created the “Responsible Health-care Reform Pledge,” which commits lawmakers to read the health care bill in its entirety before they cast their vote. The group is also asking that the full health care bill be made available for public view three days before Congress votes on it. It has been revealed that few, if any, congressman read the 1,550 page American Clean Energy and Security Act of 2009 (Cap and Trade Bill) or the 1,071 page American Recovery and Reinvestment Act of 2009 ($850 billion Bailout Bill).
The Responsible Health-care Reform Pledge states; “I, (Name inserted here), pledge to my constituents and to the American people that I will not vote to enact any health-care reform package that: 1) I have not read, personally, in its entirety; and, 2) Has not been available, in its entirety, to the American people on the Internet for at least 72 hours, so that they can read it too.”
Readers may also find this interesting. Below is the text for the Oath of Office for Congressmen and women.
I do solemnly swear (or affirm) that I will support and defend the Constitution of the United States against all enemies, foreign and domestic; that I will bear true faith and allegiance to the same; that I take this obligation freely, without any mental reservation or purpose of evasion; and that I will well and faithfully discharge the duties of the office on which I am about to enter: So help me God.
Reason would suggest that when you make an oath to discharge the duties of the office in a well and faithful manner that it would include reading legislation entirely before voting on it. Sometimes our elected leaders, even Congressman Steny Hoyer, need to be reminded of their most sacred promise, which is to the people.
Posted by Augusta Conservative at 4:09 PM