Rescue Squads to start charging for services in Augusta County.

The Augusta County Board of Supervisors passed an ordinance on Wednesday, May 13 that would allow the county rescue squads to charge for services. The reality is that the county will be charging the residents for rescue services and then they will distribute the funds back to the rescue squads and other emergency services. 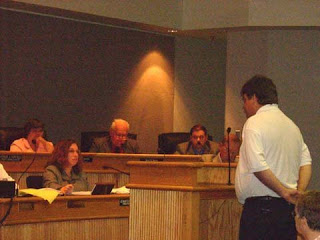 Captain Bobby Snyder addresses the Augusta Board of Supervisors

Captain Bobby Snyder, of the Stuarts Draft Rescue Squad, stood before the board last evening and questioned the Supervisors about how the collected funds would be dispersed. He stated that there was no detail available and was worried that, due to charging residents for services, donations would fall short and money dispersed from the charges, back to the squads wouldn’t cover the difference. Captain Snyder went on to explain how the Stuarts Draft Rescue Squad has always been prudent with its funds. “We paid as we went. We didn’t spend money we didn’t have and we think before we spend.” He further stated that these questions have been on going and wished to have more detail before moving forward.

Supervisor Tracy Pyles agreed and stated, “Why are we as a Board rushing into this? We should be in lock step with the volunteers.” He further stated that when something like this is being considered that there is normally some sort of business plan put together. He asked, “Where is the business plan that explains how we are going to do this?”

Supervisor Larry Howdyshell said that taxpayers didn’t want increased taxes and in order to help continue services in areas were donation funds are low, some sort of additional funding would be necessary. Supervisor Coleman and Beyeler both said they had always been in favor of some sort of revenue recovery program such as this. According to John McGhee, Assistant Augusta County Administrator, a committee of area rescue workers will work with the county to start the recovery program which will take effect sometime in 2010.

Posted by Augusta Conservative at 2:58 PM