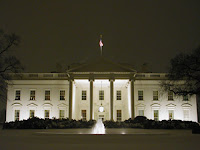 In the last two blog posts I covered the Character, Principles, and Experience I am looking for in a candidate for the Presidency in 2012. In this last post on the matter I will cover issues.

First, as most everyone should know already from reading the name of this Blog, Augusta Conservative, it is well known that I am a Conservative. I believe that the power of government should be as close to the people governed as possible. Therefore, I believe that individual localities and their local governments should have more power than any other level of government. Next, I believe in state’s rights and the 10th Amendment of the Constitution. I believe that the United States Constitution sets clear parameters in which the Federal Government is given authority to control and therefore is limited. There are many other issues such as Abortion, the Death Penalty, National Debt, Taxes, Term Limits, Individual Rights, Immigration, etc on which I agree with the Conservative Perspective.

Secondly, it isn't solely the individual issues and the candidates perspective on them that would make a good candidate, but rather the knowledge of his, or her, issues they believe are most in need of change in this country and their ideas on how to change them. For example, I believe our tax system needs to be overhauled. It is important to me that a candidate for President, who decides to bring up tax reform, has a clear well researched stance on the issue and detailed suggestions on how to fix it.

I do not expect for a candidate to bring up every issue that is important to me, but on the issues he, or she, does bring up, I will be watching for those perspectives and detailed suggestions on how to fix them.

In conclusion, on my thoughts about the 2012 Presidential Election, I am looking for a true leader, one who inspires the best in us as Americans. A person who brings forward the best attributes of our people for the world to see and interact with, a leader who is willing to take on tough issues and will listen to other opinions and perspectives.

This country is desperate for sound leadership and I pray that we will obtain this in the 2012 Presidential Election. I hope that all of us you do vote in this important election consider all the candidates carefully and weigh their qualifications, because in the end a republic is only successful as long as we have a faith filled, educated, and self reliant electorate.

Posted by KaraffaRN at 7:49 PM