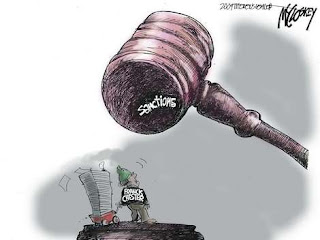 Francis Chester appeared in court to represent the voice of over 10,000 Augusta residents in regards to their property tax assessments. He was defending his actions of petitioning the court in the matter against the Augusta County Board of Supervisors. County attorney, Patrick Morgan, questioned Mr. Chester in a loud voice while pounding on a table. The judge had to ask Mr. Morgan to quite down. The court case wasn't dismissed or concluded, rather the case is still active. At this point the county is being asked to draft a brief, or summary of events, to voice the Augusta County Board of Supervisors perspective in this matter. After that brief is reviewed Mr. Chester will have an opportunity to respond in a brief of his own. At that point the judge will consider the matter. Interestingly, no formal record of the events in court was taken. The court reporter never showed up. Fortunate, The News Leader, News Virginian, NBC 29, and area residents were on hand to take an account of the proceedings. The News Leader in their Thursday, October 1st edition all but patted Mr. Chester on the back saying that the county needs to allow the citizens to make their voices heard without fear. Their political cartoon is featured.
Posted by Augusta Conservative at 5:19 PM